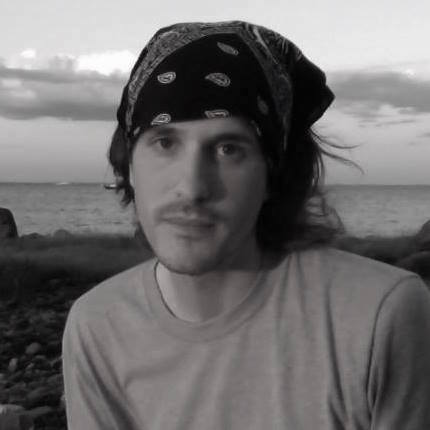 One question I ask myself when writing music is “would I listen to this?”  I make it a habit to record everything I write or improvise.  I leave it alone for a while, and then listen again.  If it’s not engaging to me while I’m driving my car, getting dressed, or cooking dinner, I toss it for something that is.  My first computer piece, Un Jardin also became the piece that for a while I listened to far more than any other of my compositions.

I actually composed Un Jardin while writing a choral piece.  The piece wasn’t going anywhere, so I took a break and started playing with Garage Band on my computer.  I recorded overtones from my piano.  I edited out the initial strike of the piano key and faded in the sound.  Then I laid the recordings on top of each other, staggering them to create (unlike a piano, and more like a violin) a continuous sound.

Editing the gain, pan, and laying multiple tracks on top of each other were the only ways in which I used technology to alter the recordings.  The first movement, “Un Jardin,” begins with the soft sympathetic vibrations of the piano (caused by me striking open fifths) and reaches a warm climax with the fundamental vibrations of the lower piano strings.  In the second movement, “Ceres”, I created a grinding vortex of sound with a subtle, pulsating rhythm, sometimes with chords emerging from the stew of over 44 simultaneous tracks.  I took a similar though less radical approach with the third movement, “Quasi Sostenuto,” this time giving the piece more of a harmonic quality.

Though modern sounding, the structure of my three-movement piece takes influence from classical archetypal forms to lead the listener on a journey.  The arch-like first movement invites the listener into a hypnotically pensive soundscape and is followed by a “scherzo” of sorts in the second movement; the piece ends with the third movement returning the listener into a sublime meditative state before fading into nothingness.