This short musical poem features an undulating piano riff and a long, extended coda that sounds like laughing on the seashore.

Alarm, for flute and live electronics, puts demands on both the flute and electro-acoustic performer, who uses a MIDI pad to perform notated rhythmic phrases in addition to standard processing.  The flute part alternates between high pitched, sparse pointillism leading to climactic long notes in the lower register.  I also explore the dynamics between a cappella flute sections, and purely electroacoustic sections.  The processing includes looping, granulation and doppler shift.

Enkidu, for baritone saxophone and live electronics, was written for Tae Ho Hwang, and premiered at the Electroacoustic Barndance in February, 2018.  My goal was to create a longer solo electroacoustic piece whose development is driven by motivic material.  The design of the electronics of this movement resembles a telescope, beginning with little except a bit of reverb, but incrementally expanding the palate to include delay, looping, pitch shift, and the flanger.

Enkidu is the companion of King Gilgamesh of Uruk in the ancient, four thousand year old Epic of Gilgamesh.  Enkidu and Gilgamesh become friends, and could be seen as two archetypes of humanity.  Gilgamesh represents the city, civilization, and humanity’s advancement; Enkidu represents the primative, nature, and human’s origin.

The third movement of the piece mirrors the emotions explored in the second half of the epic, where Gilgamesh struggles to come to grip with his own mortality after Enkidu’s death.  The movement evokes scenes of him crossing the Waters of Death to visit Utnapishtim, the Babylonian Noah.  The piece ends with the return of the Enkidu theme, a breath of fresh air after the music’s intensity, symbolizing Gilgamesh’s coming to terms with his life’s purpose. 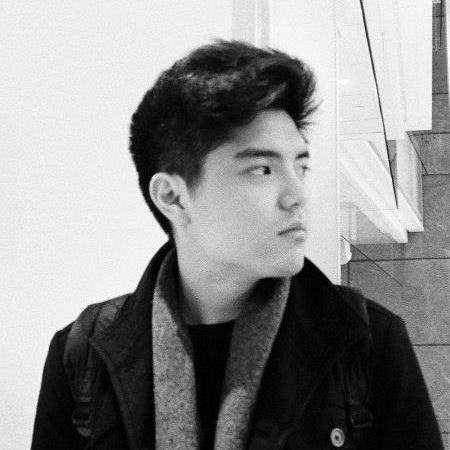